Worldview Item of the Day

John McCain announced his selection of Sarah Palin as his pick for his vice presidential running mate. For the first time in this election cycle, something has happened that makes me happy. Not only am I happy that he picked Palin, but I am also ecstatic that he did not pick Mitt Romney.

It also turns out that he announced his choice at an amazing rally in Dayton, Ohio. I was there from beginning to end. 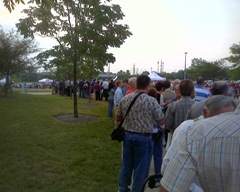 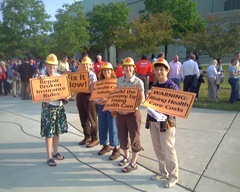 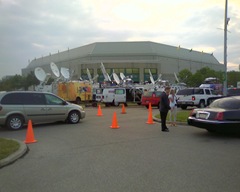 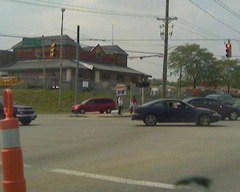 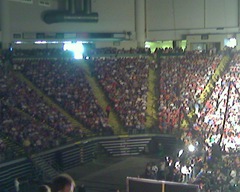 In spite of everything the media says, there were 13,000 to 15,000 people at this rally. Yes, the Nutter Center only has around 12,000 seats, but if one includes the people in the concourse and outside, the number was higher than capacity by quite a bit. 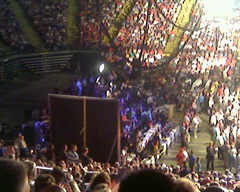 Second, the media den seemed  to be dumbfounded by McCain’s announcement of Palin. The entire lot of them went still when he said the name, and I’m betting only a few of them had done their homework on who Palin even is. 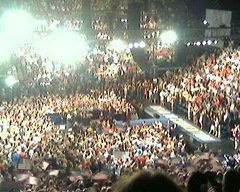 Third, the crowd was enthusiastic and raucous, which belies the media portrayal of conservatives as a defeated group in this election. People were fired up about McCain and glad about Palin. It is still 67 days until 4 November, but that crowd’s size and enthusiasm leads me to believe Ohio is going to be hard fought for Election Day.

You can watch plenty of video of the rally here.

Who is Sarah Palin

Sarah Palin is the governor of Alaska and has a reputation as someone who fights government corruption, taxes, and wasteful spending. She is also the mother of five, including a son who recently enlisted in the Army and is on his way to Iraq and a newborn son with Down’s Syndrome. Some count her as reliably conservative across the issues: pro-life, pro-family, and pro-military.

Of course, already some people are questioning her selection, claiming that she is actually a worse choice than Obama if foreign policy credentials and experience are factors. First, what does that say about Obama? Second, she has successfully served as a chief executive of a state for as long as Obama has served as a Senator—apples to apples, I’ll take an executive over a legislator any day of the week.

And here is my take: In the McCain/Palin ticket, we have a strong foreign policy, government reform president backed by a young, intelligent, up-coming executive who will have access to the greatest learning lab in the world as vice president. McCain’s selection of Palin is a selection not just for 2008, but 2012 (God willing, as a vice president again), 2016, and 2020 (she will be 48, 52, and 56 respectively). McCain’s selection represents a departure of the status quo of Washington partisan politics and the potential for the establishment of a twenty-four year long dynasty of conservative reform.

From my point of view, now we have a race. People will have to make a choice on 4 November: individualism versus socialism, conservatism versus liberalism, independence versus oligarchism. The result of that choice will influence generations of Americans.

I choose McCain, and I hope you will to.

On Palin around the web