So I got this new iPad, and all you get so far is a lousy political meme…

Read more at my Art weblog...

So I got this new iPad, and all you get so far is a lousy political meme…

Read more at my Art weblog...

Let’s face it. Donald John Trump is turning out to be everything anyone who actually paid attention during the 2016 presidential election cycle thought he would be. He is now doing things people detest for reasons they detest and, in doing so, is upsetting the apple cart of the status quo in the federal government in ways people are infuriated by.

Yet, for all Trump’s flaws, this is exactly what our nation needs. We need to be uncomfortable. We need to have things to oppose. We need to be enraged. Because, in the end, that’s the only way to get anyone to participate anymore.

You see, American politics is and always has been a full contact sport, but during my lifetime, millions of Americans have either stopped participating altogether or have convinced themselves that participation involves nothing more than voting every couple of years.

With the election of Trump and all that entails, things have already changed. Suddenly, millions of people care. Their care spilled into the streets with protests. People are following news in ways they haven’t for decades. Opposition groups are forming outside the control of traditional political organizations. People are seeking out ways to actively participate in the 2018 midterms and beyond.

It’s sad that it took the election of someone like Trump to ignite that kind of desire to participate, but if that’s what it takes, then so be it. Rage participation is better than no participation, so long as We the People do what we should have been doing all along.

So, yes, it’s going to be a long four years. Trump is going to enrage millions with his ridiculousness, but if all people do is complain, so what? Do something about it, and that will make all the difference in the world.

It turns out that democracy is a contact sport. Voting for someone to represent you, especially in the American system of voting, constitutes little more than an affirmation of choices a long list of other people made for you.

Let’s start with the process of voting itself. It is governed by a whole host of laws and regulations you likely had nothing to do with. Someone else determined where you vote, how you vote, and if your vote counts.

And then there’s the matter of what you’re voting for. By the time you punch that chad or push that touch screen, someone else determined who would run, whose runs would get funded, who became the front-runners, and if you didn’t vote in the primary, who is on the ballot.

So, then, how much does your vote count in the face of all that?

I am not saying voting does not matter at all, because it certainly does. Voting is a basic process of democracy. But just as watering a plant is not the only thing that keeps it alive–it needs good soil, enough sunlight, the right kind of nutrients, and a host of other things–so too voting is not the only thing that makes for a successful democracy.

I grant you that one person, by themselves, will have a hard time influencing the process, but that fact makes participation more important, not less. By participating, you can band together with like-minded people, and as your group grows, your influence grows.

And with that influence, voting day becomes far more significant, because you were part of the system that determines the outcome of all the things I have mentioned and so much more.

If, therefore, you want your vote to count the most, make November 8th a beginning rather than an end. Get out there and participate in the whole process instead of just the least significant part.

Today was primary day in Ohio, a fact made more important by the nonsense this election cycle has come to represent. While it is tempting to blast that nonsense in all its various forms, I believe it is more important to cut to the heart of the matter.

The fact is that, if all we do is vote today and in November, the nonsense this election cycle represents is destined to happen again or become even worse.

Because the underlying cause of this nonsense is that most voters only participate in, at best, half a percent of the entire political process.

How can I say that? Because, I suspect, most of you can’t or won’t like the answers to the following questions:

The simple fact is that, for democracy to work, it requires its participants to act on the other 1453 days of the four years between presidential elections and not just the four or eight days that represent voting.

It’s easy to come up with excuses why we don’t have time to participate in that way, but what those excuses add up to is all the reasons we’re going to continue to tolerate the mess we currently have. Democracy demands participation, and without it, democracy becomes a veil for oligarchy and dictatorship.

So, yes, go vote today. And then, tomorrow, keep participating. The consequences of doing otherwise are already apparent.

The City of Dayton‘s recent decision not to extend the lease for Synergy Incubators has much larger consequences than just for the city. Synergy Incubators is a regional asset, opening opportunities for food entrepreneurs to create and sustain small-scale enterprises in seven counties bordering Montgomery County by providing them a place to prepare and package food for local markets. The decision by the city has the potential to affect as many as a million people in the Dayton Metropolitan Area, and the potential economic impact affects all of southwestern Ohio.

These observations are not hyperbolic. The Dayton area is one starved for jobs, opportunities, and hope. Synergy Incubators is one of the recent innovations offering these things to the region. By refusing to extend its lease, the City of Dayton has decided that it wants to kill these things for everyone in the entire region in favor of protectionism, parochialism and petty politics that really only benefit a few politicians and downtown Dayton businesses.

If we the people of the Dayton region cannot trust the government of the City of Dayton to show leadership on our behalf, then it is time for us to show that leadership ourselves by taking whatever power the city might have left out of Dayton’s hands.

You can do so first by signing this petition calling for Dayton to extend Synergy Incubator’s lease. Failing their action to do so, you can help by helping Synergy Incubators find a new home. In any case, you can consider helping them by contributing to their cause.

The Dayton region will live or die on the actions of all its citizens. One city government should not be able to dictate to all of us what opportunities we have. Let’s make the region a better place, without Dayton’s government if we have to.

Because the meat-sacks in city hall and in the executive management of that city are all short-sighted morons who deserve to have the reality of the collapse they helped engineer of that once proud city inscribed as their epitaphs:

Dayton will die because it kills innovation. And if you voted for the people who put these kinds of policies in place, you helped kill it.

Go ahead. Defend this. I dare you. 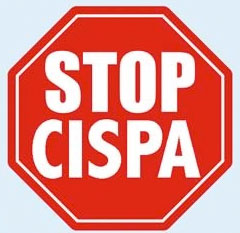 While most of us were focused on the unfolding events in Boston, the House of Representatives passed a bill whose language would allow government regulators and corporations to, among other things, collect data on your internet usage and determine what kind of content you can and cannot access on the internet. The bill, as currently contrived, is a broad assault on the Bill of Rights, attacking the 4th as well as the 1st, 9th, and 10th amendments. The internet should be free because, without that freedom, the innovation, exchange of information, and entrepreneurship that has defined the last two decades will come to a halt. If you are reading this post on Facebook, you have benefited from the free internet. Contact your Senators today and demand they vote against CISPA.

If you enjoy this weblog, then you’ll enjoy this comic. Help it keep going by supporting it.

Vegetables from the Day by Day Cartoon by Chris Muir

While you’re there, donate to the cause.